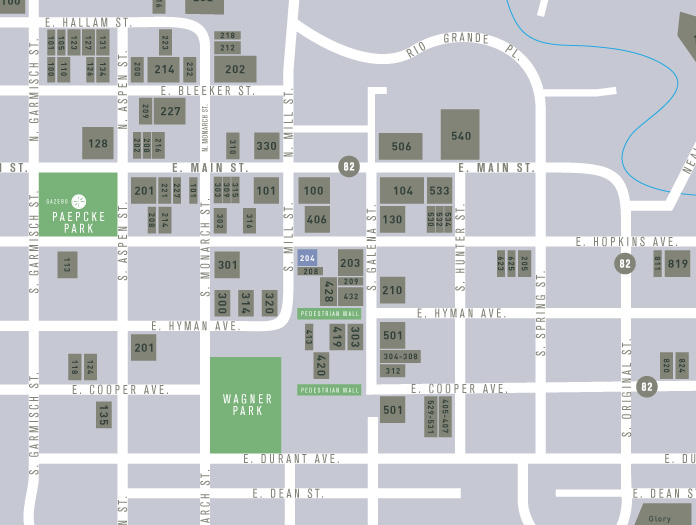 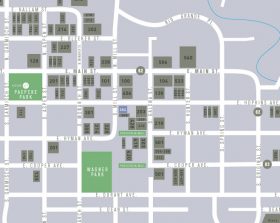 This structure–called the Collins Block–was built for Samuel G. Collins to house offices and stores. Construction began in 1891, but was delayed due to labor issues and was not completed until 1893. In 1938, Tom Sardy opened a hardware store in part of the building and used the rest of it for a mortuary. Tom Sardy & Walter Paepcke later became partners in the Aspen Lumber and Supply Company (Sardy’s Hardware), which operated in the Collins Block into the early 1990’s. This structure is among the most stylish and substantial of the buildings constructed as Aspen’s prosperity grew. It was one of the last significant commercial buildings to be completed prior to the Silver Crash.