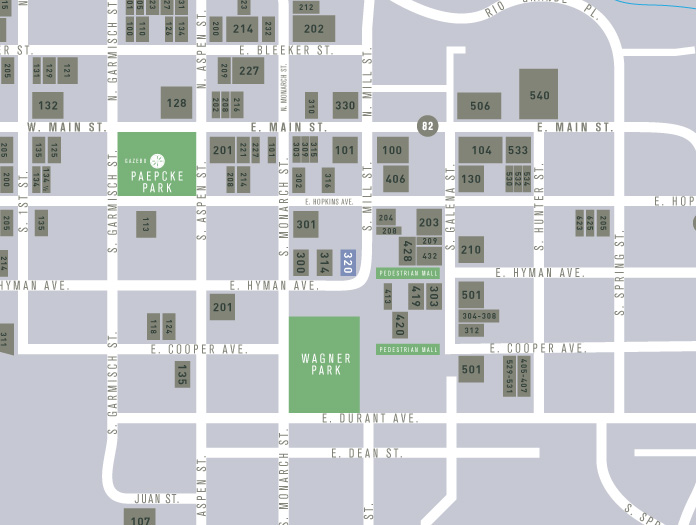 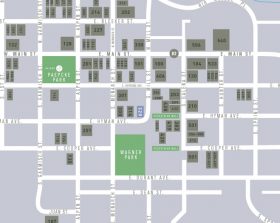 Constructed in 1889, the Wheeler Opera House was named in honor of its owner, Jerome B. Wheeler, one of Aspen’s greatest benefactors. A financier from New York, J.B. Wheeler was president of the famous Macy’s Department Store. Wheeler invested in several mines in Aspen and was responsible for the construction of other important buildings in town, in particular the Hotel Jerome. The Wheeler Opera House represents the economic confidence and cultural aspirations of a generation of Americans in the era of western mining development. Originally, the building housed the J.B. Wheeler Bank on the first floor. From 1916 to 1965, the ground floor space on Mill Street housed a grocery store, first owned by the Becks and then Beck and Bishop. Due to two fires, the theater space was not in use for some time, until Walter Paepcke and Herbert Bayer renovated it in 1949 and again in 1956. In the 1980’s, the theater was renovated to a more historic appearance.