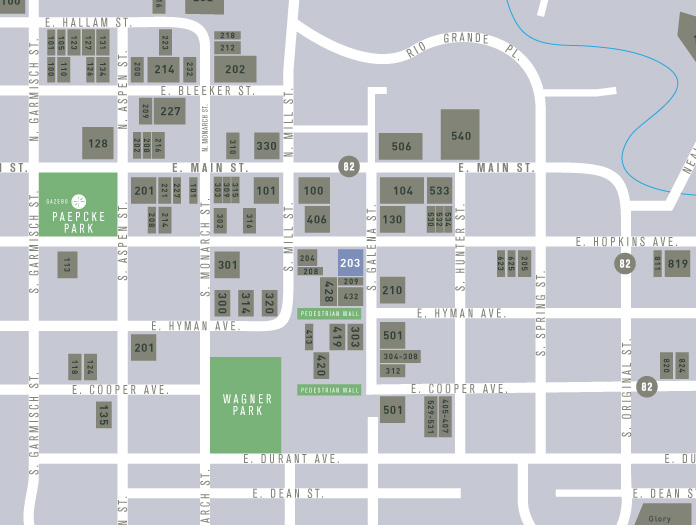 Built for David H. Hyman, an early promoter of Aspen, this two story Peachblow sandstone structure was completed in 1891 at a cost of $30,000 and became the home of the First National Bank (which moved from the Aspen Block into the Hyman Block). The second floor was a large hall, which housed the Patriotic Order Sons of America (P.O.S.A.), a lodge dedicated to “society purposes and social gatherings.” From the 1920’s into the 1960’s, the first floor of the building was occupied by gas stations, auto dealers, and auto repair shops. By 1971, the building had fallen into disrepair and was close to being condemned.  A new owner purchased the building and began making repairs, and artists such as Roy Lichtenstein, Andy Warhol, and James Rosenquist used the upper floor for studios.