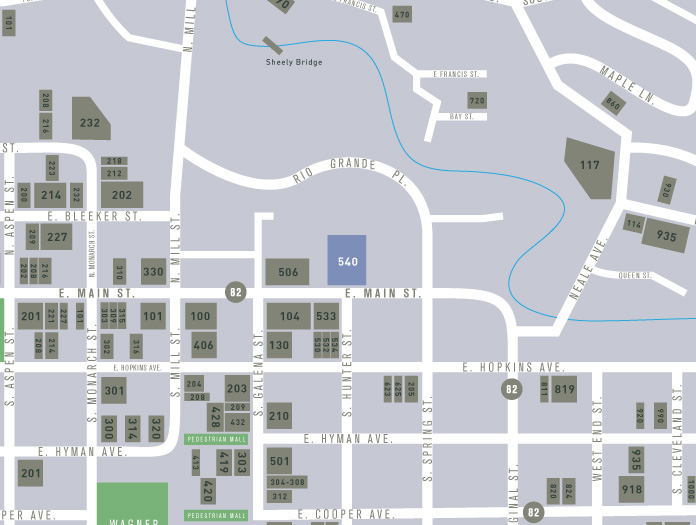 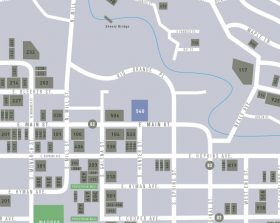 The Zupancis-McMurchy Cabin was built at 540 E. Main Street in at least three phases, beginning in approximately 1885. The original structure was a log cabin, approximately 13’ wide and 16’ deep; 200 square feet. The owner associated with the property through at least 1896 was William McMurchy, described as a prospector in the book Aspen, The Quiet Years. McMurchy was a prominent early citizen who owned several mining claims and also owned an insurance business. The size of the McMurchy property was substantial and it was used for agriculture. An 1885 notice in the Aspen Times indicated that on April 7th, 1885, “200,000 cabbage and 5,000 cauliflower plants will be available at McMurchy’s place, at the foot of Hunter Street.” McMurchy also served as a sergeant of the volunteer Aspen Militia Company.

By 1890, McMurchy expanded his home by about 700 square feet, to the size that exists today (minus a small addition in the northeast corner with an unknown date of construction.) The additions to the house were frame construction and sided with clapboards. The house featured a decorative front porch, detailed doors and screen doors, but was otherwise very simple in character. Like other original log structures that remain in Aspen, it appears that when the expansion took place, the log cabin was covered with clapboards like the newer part of the house.  During McMurchy’s ownership, there were outbuildings behind the house, one of which is still standing. McMurchy left Aspen for Nevada, according to a 1911 newspaper article stating the whereabouts of “Old Time Aspenites.”

At least two other owners are believed to have been involved in the property before it was purchased by the Zupancis family in 1930, according to title information. At some point, the clapboards were removed from the log cabin and much of the house was re-sided with board and batten.  The Zupancis family retained the property until it was purchased by the City of Aspen in 2002.  In 2017, approval was granted to construct a new Aspen Police Station and affordable housing on the site.  After lengthy review of options to incorporate the cabin into the project, it was determined best to move the cabin, a shed and a barn to the Holden Marolt site for interpretation by the Aspen Historical Society.  Below are links to photos of the cabin prior to relocation and a detailed conservation study to document and assess historic finishes on the exterior and interior of the cabin.

Images prior to relocation