Circa 1880-1893 in Aspen
The Second Empire refers to the reign of Louis Napoleon, the grand-nephew of Napoleon Bonaparte, who ruled France from 1852 to 1870. In both France and America, the Second Empire style coincided with a period of prosperity and materialism, and was associated with urbanity and a cosmopolitan society. The style is characterized by its distinctive mansard roof, often containing windows on the steep lower slope. The complex massing and arrangement of towers is unified through decorative cornices similar to those of the Italianate style. 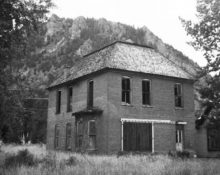 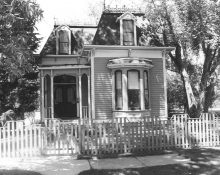 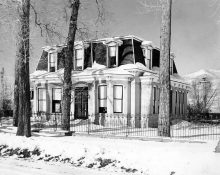 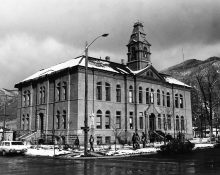