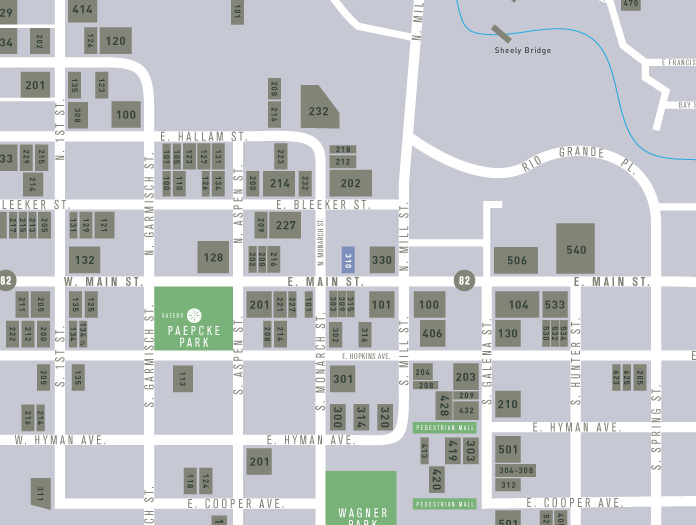 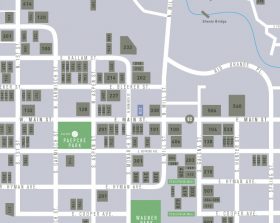 This building houses the Aspen Times. The Aspen Times was introduced on April 23. 1881, with offices originally on Cooper Avenue. It became a daily paper in 1885 under the leadership of B. Clark Wheeler, one of the leading pioneers of early-Aspen. The paper moved to this location around 1911 and relocated to Hyman Avenue in 2013.  Still publishing today, the Times is the oldest paper in northwestern Colorado. The building is a good example of the false-front style, which was generally a transition between tents and crude log structures to more substantial masonry buildings.