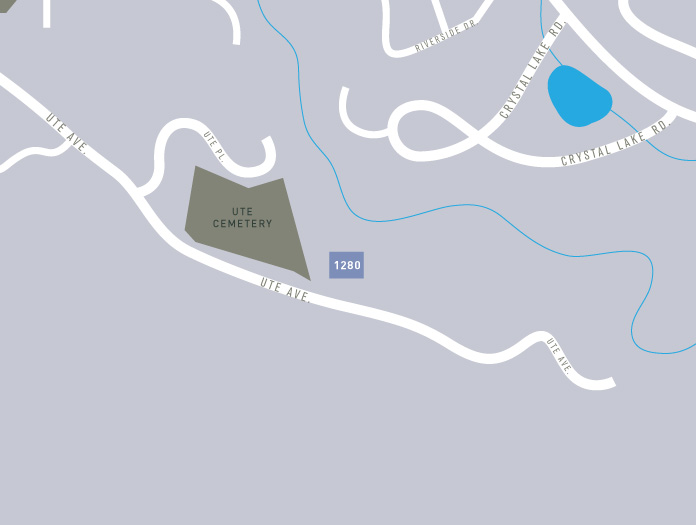 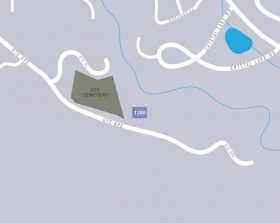 1280 Ute Avenue, Powder House #34, is a 336 square foot masonry structure located on the Benedict office building parcel, which is a designated landmark.  It is a stand-alone brick building with one door on the east side and no other openings.  Historically, the structure was used as an explosives shed for surrounding mining operations.  It was constructed sometime in the late 19th century, however, there were two instances where the shed collapsed.  In June 1897, when it collapsed for the second time, there were 60 tons of powder stored within the shed that fortunately did not explode.  Nearby residents wanted the structure to be more sound so that the shed would not collapse again.  Shortly after the 1897 collapse, two new explosive sheds were erected of thick brick walls on a solid stone foundation.  These structures are believed to be the same ones that exist today.